Cass Lake improved their season record to 6-2 with the 88-67 victory, while the Warriors dropped to 4-2. 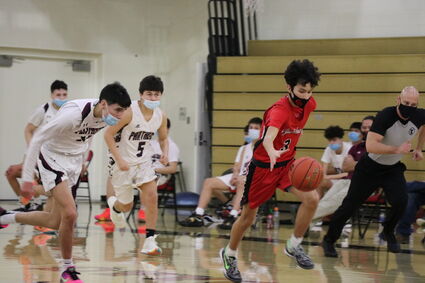 The Warriors will host Clearbrook-Gonvick on February 12, travel to Nevis on February 26th and host Kelliher-Northome on March 1st.

In an earlier game, Cass Lake's JV were also winners over Red Lake, 42-36.

And while the Warriors were hosting the Panthers in Red Lake, the Lady Warriors lost their first game of the season to the Lady Panthers, 67-55. The Red Lake Girls were leading 35-25 at the half of that game.