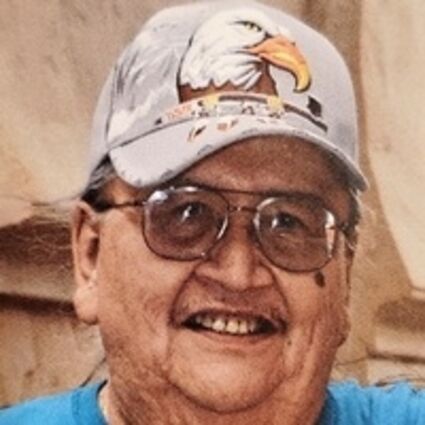 Robert Charles Goodwin was born December 11, 1950, in White Earth, MN, the son of George and Florence (Turner) Goodwin. He attended school in Naytahwaush and then Mahnomen, graduating with the class of 1969. Soon after graduation, Scrub furthered his education at Bemidji State University. As a young man, he entered the workforce and began his career with the White Earth Reservation. His career with Human Services and Employee Training would span 38 years and close with his retirement on May 1, 2013, as the Director of Employment and Training. Over the years, Scrub worked passionately and diligently to put in place programs that are still being utilized today at the Workforce Center. He worked hard and was well respected by many in his field. Scrub also spent many years on the Rural Minnesota CEP Board.

On December 6, 1980, Robert was united in marriage to Kathy Roy at Samuel Memorial Episcopal Church in Naytahwaush. They made their home in Naytahwaush and raised three children.

In Scrubs younger years, he was an avid duck hunter, coached and played baseball and was a volunteer for the Twin Lakes Fire Department. After retirement he was known for his Facebook posts, that his friends and family looked forward to each morning. Scrub enjoyed watching old westerns with his wife and reading. He also found great joy spending time with his dog, Sweetie. Above all, Scrub loved spending time with his family. He was happiest when he was grilling for the large family gatherings. He will be greatly missed by many.

Blessed be the memory of Robert "Scrub" Goodwin Sr.

A Public Visitation will be held on Sunday, January 24, 2021, from 2:00 – 4:00 p.m. at the Anderson Family Funeral Home in Mahnomen, MN. A Private Family Service will be held on Monday, January 25, 2021 at the Anderson Family Funeral Home. Interment will take place at Samuel Memorial Episcopal Cemetery, Naytahwaush, MN, in the spring.

Following all Covid-19 safety protocols, social distancing will be practiced, and all must wear a mask to participate.

Please feel free to sign the guestbook, send condolences and view other opportunities which may be available to the public due to COVID-19 restrictions.