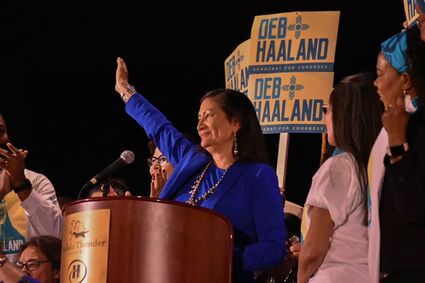 Opinion. The selection of Rep. Deb Haaland, a tribal citizen of the Pueblo of Laguna, as secretary of the U.S. Department of the Interior is historic. It makes her the first American Indian to ever hold a cabinet-level position within a presidential administration in the history of the United States.

If confirmed, Haaland will shatter yet another ceiling, in a political career full of barrier-breaking achievements. She shattered the first one when, along with Rep. Sharice Davids, she became one of the first two American Indian women elected to Congress in November 2018, and she shattered another one when she became the first Native woman to preside over a House of Representatives session.

Yesterday, Indian Country erupted in celebration. Native people all over the country flooded social media and reached out to relatives to express their relief and jubilation. I began to receive telephone calls and emails with ecstatic messages from family and friends. Praise came from national American Indian organizations, tribes, tribal leaders, environmental groups and elected officials.