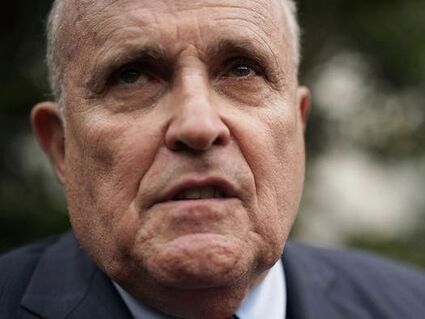 Rudy Giuliani, former New York City mayor and current lawyer for U.S. President Donald Trump, speaks to members of the media at the White House in 2018.

The warnings were based on multiple sources, including intercepted communications, that showed Giuliani was interacting with people tied to Russian intelligence during a December 2019 trip to Ukraine, where he was gathering information that he thought would expose corrupt acts by former Vice President Joe Biden and his son Hunter.

The intelligence raised concerns that Giuliani was being used to feed Russian misinformation to the president, the former officials said, speaking on the condition of anonymity to discuss sensitive information and conversations.