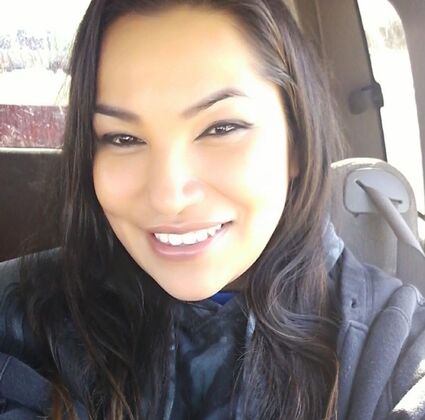 Shawnna was born on January 14, 1984, in Minneapolis, Minnesota, to Chauncey Webster and Alberta Agnes (Martin) Fairbanks. When she was four years old, the family moved to Keshena, Wisconsin where she attended school. They later moved to Duluth where she attended Lakes Superior College and earned her CNA certificate. Through the years, she used her education to work in nursing homes in Minneapolis and Red Lake, lovingly and respectfully caring for her elderly patients. Shawnna is remembered for her infectious laugh and friendly manner as well as her love for activities in the outdoors, especially fishing and hunting. She also loved to gamble, often going to casinos with friends.

Shawnna is welcomed to the spirit world by her mother and brother, Joseph "Little Bear" Webster.

A wake for Shawnna will begin at 6:00pm Monday, July 23 at the Ponemah Community Center and will continue until the service on Wednesday, July 25, at 11:00am, also at the Community Center. Serving as spiritual leader will be Zak Mittinis. Burial will follow at the family burial grounds in Ponemah, Minnesota. Pallbearers for Shawnna are Ronald James Fairbanks, Patrick Lussier, Roby May, Dan Polonia, Myron Neadeau, Jr., and Raymond Oliver. Her Honorary Pallbearers are Shanoah May, Danielle May, Shannon Brown, Mistie Sumner, Faythe Martin, April Oliver, Cheyanne Martin, Michelle Lussier, Julie Smith, Ashley Livingston, Wicahpi Lussier.

Arrangements are being handled by Dennis Funeral Home, Walker, Minnesota.