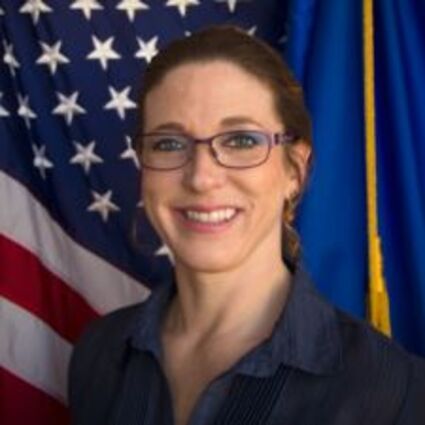 "Minnesota is home to 11 federally-recognized sovereign tribal nations," said Rothman, whose agency protects consumers and regulates more than 20 industries, including energy, telecommunications, financial institutions and insurance. "The Commerce Department is making it a priority to build effective partnerships with the tribal governments in our state to inform our decisionmaking, deliver improved services and achieve positive outcomes. Danielle will provide important leadership for our agency's work with tribal nations."

Governor Mark Dayton issued an executive order calling on state agencies to engage in more effective consultation, coordination and cooperation with tribal governments in Minnesota. In support of the executive order, the Commerce Department has adopted a tribal consultation policy, which Molliver helped to draft.

As the Commerce Department's first-ever tribal liaison, Molliver is guiding the agency's efforts to promote meaningful consultation and coordination with Indian tribal governments on issues such as consumer protection, energy and telecommunications. She is also facilitating the department's consultations with tribal governments about the proposed Line 3 pipeline replacement project that is currently under regulatory review.

Molliver is an enrolled member of the Lumbee tribe of North Carolina. She previously served as a consultant for the Smithsonian Center for Education and Museum Studies at the American Indian Museum. She has also assisted school districts in both Minnesota and Washington, DC, on multicultural competency training.

Molliver earned her undergraduate degree from St. Lawrence University and received a law degree with a Certificate in Alternative Dispute Resolution from Mitchell Hamline School of Law, where she was a recipient of the Thurgood Marshall scholarship. She is an associate member of the American Indian Bar Association.