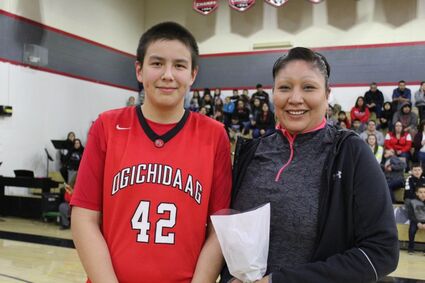 RED LAKE – In the Warriors' last home game of the regular season, and the last home game for some seniors, Red Lake put on a show for fans on Friday, February 24, 2017.

It was also Parent and Fan Appreciation Night, along with entertainment provided by the Red Lake High School Band and the Ponemah Drum and Dance Troupe.

Walker-Hackensack-Akley started off fast in the beginning, running up a 13-2 lead over Red Lake. But that didn't last long, as the Warriors took the lead with 8 minutes left in the half, 21-19. By the half, Red Lake led by eleven, 44-33. 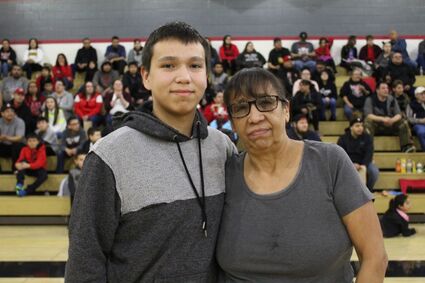 Rob McClain Jr. led all scorers with 34 points on the night, five of which were slam dunks to the pleasure of the crowd, Jamie Cook had 28 points, twenty in the first half, Rob Beaulieu III hit for 11, and Anthony Beaulieu and William Morrison each had 6.

Brady Giros had 15 for the Wolves.

Red Lake will be on the road to Pine River-Backus on Tuesday, February 28th for their last game of the regular season.