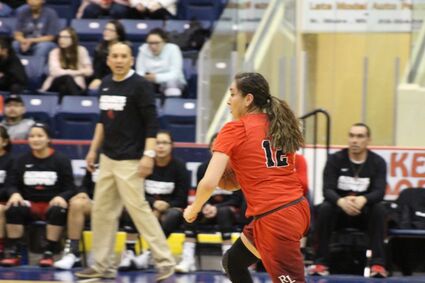 The top seeded Red Lake Warriors made history on Tuesday night by making it to their first ever Section Championship game with the win over Clearbrook-Gonvick.

The Lady Warriors jumped out to a 10-0 lead and held the Bears scoreless until 14:06 remained in the first half. The Bears were able to get to within one point at 14-13 but that's as close as they would get for the rest of the evening.

The Warriors would eventually stretch their lead to 34 at 74-40 as they recorded their 14th straight win and improved their overall record to 23-2.

Red Lake had defeated Clearbrook-Gonvick in their only regular season matchup 81-71 on January 31st.

The defending Section 8A Champion East Grand Forks Sacred Heart Eagles will have a chance to defend their title Friday night after the win over the Northern Freeze Tuesday night in Thief River Falls. The first half featured six ties but the Eagles closed the half on a 6-2 run and took a 38-31 lead into halftime. The Eagles would use a 19-4 run in the second half to pull away for the win and the West Sub-Section 8A Championship. The two teams had split their two regular season games with each team winning on their home court. Anya Edwards led Sacred Heart with 17 points as the Eagles improved their overall record to 21-8. It was the twelfth win in the last 15 games for Sacred Heart. Eighth Grader Sydney Lloyd came off the Eagle bench to score 15 points and pull down 6 rebounds. Freshman Keylee Dahl led the Northern Freeze with 20 points and 7 rebounds as the Freeze end their season with an overall record of 14-12. Sacred Heart will face Red Lake for the Section 8A Championship and a trip to the State Tournament on Friday, march 10th at Thief River Falls (7:00 pm on 96.7 FM). Red Lake defeated Sacred Heart 81-68 in the semi-finals of the Northland Holiday Tournament on December 13th. 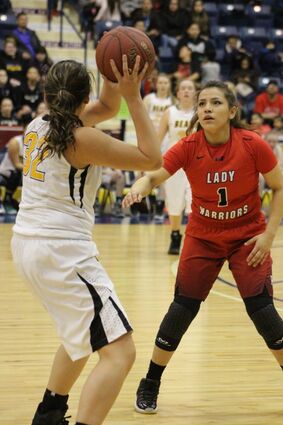