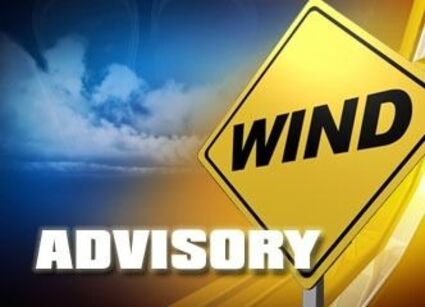 BEMIDJI-The Bemidji area is in a wind advisory through Tuesday evening, with the potential of gusts as strong as 50 miles per hour in some areas.

The National Weather Service on Monday issued the advisory Monday for a large swath of northwest and north-central Minnesota and eastern North Dakota.

Area counties in the advisory include Beltrami, Hubbard, Clearwater and Cass.

A cold front is expected to move in later Monday night into Tuesday that will bring strong winds from the west, with 20 to 30 mph gust expected, and with the possibility of 50 mph in some areas, the weather service said. The winds may blow down limbs, trees and power lines and some scattered power outages are expected.

In addition, the area could see isolated thunderstorms overnight into Tuesday ahead of the approaching cold front. According to the weather service's forecast, the Bemidji area is expected to receive rain Monday evening turning to snow on Tuesday, with about an inch of new snow forecast. The high winds will make travel hazardous because of blowing snow and slippery roads. After reaching into the 50s on Monday, temperatures will drop the next several days, with highs in the mid-20s and nighttime lows in the single digits the rest of the week.