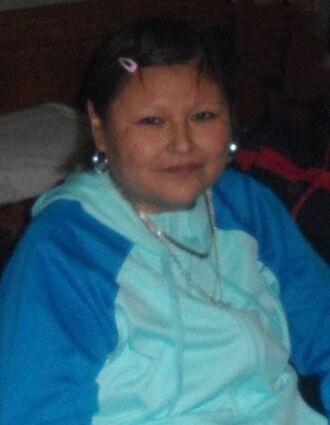 Tina Louise Jones, "Waa-saa-go-naa-biik", which means "Glimmering Snow Woman", of the Bear Clan, age 44 of Bemidji, began her spiritual journey on Friday, March 3, 2017 at the Hennepin County Medical Center in Minneapolis.  Tina was born on December 15, 1972 in Minneapolis, the daughter of Abraham Smith, Jr. and Gloria Jones.

Tina was a big hearted person who always helped people in need.  She was always happy and showed through her smiles.  Tina was the greatest mother who loved making sure her children always celebrated the holidays.  She enjoyed making Easter baskets and the kids would sometimes get more than one basket.  Tina enjoyed coloring, going to birthday parties, spending hours at Wal-Mart, attending Grand Entries and pow-wows, and anything that had to do with Mickey Mouse.

Tina's care has been entrusted to the Northern Peace Funeral Home of Walker, MN.  Online condolences for the family may be given at http://www.northernpeace.com