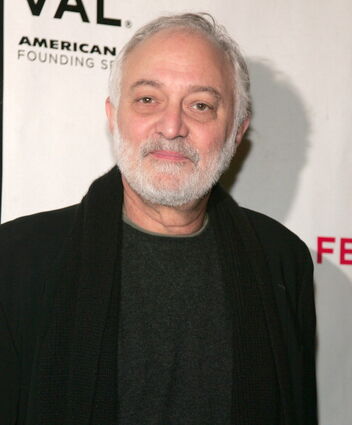 Odyssey Sheds Light On Personal Stories of These Brave Men

Praised as "an excellent story... about basic human dignity," Stentorians follows the remarkable story of six African American firefighters working in the Los Angeles Fire Department as they embark on a one-year odyssey to win basic labor protections from a racist system that had been the culture of the Los Angeles Fire Department since its inception. Compelling, humorous, and deeply human, Stentorians is a story about struggle, the power of unity, and the courage it takes to fight for your rights. "It will be a powerful film that will spark dialogue around issues of racism, deplorable working conditions, and the fight to just belong. It's a story about empowerment and social consciousness," says Jonathan Sanger.

Sanger has recently produced Chapter and Verse which is in the theatres now. Sanger has also produced the highly anticipated Marshall movie starring Chadwick Boseman, Josh Gad, and Kate Hudson to be released in Fall of 2017. Among his other endeavors, his new book entitled Making The Elephant Man: A Producer's Memoir was recently published and is available on Amazon in paperback and Kindle or the author's website http://www.JonathanSangerProductions.com

The Stentorians are an organization founded in 1954 by African American firefighters of the Los Angeles City and Los Angeles County Fire Departments. Their purpose was to combat the racism and blatant bigotry that prevented African-Americans from joining and advancing in the fire service. The Stentorians fought to make the fire service a profession of equality and opportunity for all. The organization remains a strong force in the struggle for justice and equality in the fire service today and always. The Greek 'Stentor' meaning "(of a person's voice) loud and powerful" was taken from Homer's epic the Iliad.

In 1976, Sanger moved to Los Angles where he worked for Lorimar Television on network television series The Blue Knight and Eight Is Enough. In 1978 he was Mel Brooks' Assistant Director on High Anxiety, which led to a long professional association. For Brooks' wife, Anne Bancroft's feature directorial debut film Fatso, Sanger served as Associate Producer. During this period Sanger had acquired the rights to the script of The Elephant Man – his first production which led to a successful career in both producing and directing films – films such as Frances, Without Limits, Vanilla Sky, Flight of the Navigator, The Producers, and Code Name: Emerald.

Sanger's passion about film led him to create The Discovery Program, which offers the opportunity for film professionals of all types to create short films of their own without the assistance of big-budget studios.

Along with the release of his memoir, Sanger is looking forward to two movie releases in 2017, Chapter and Verse, an indie film about a reformed Harlem gangster, and Marshall, a film about a case in the early law career of the first African-American associate judge of the U.S. Supreme Court, Thurgood Marshall.