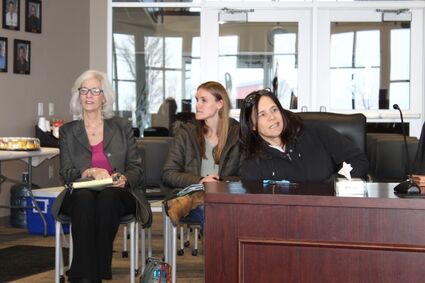 In January of this year a letter was sent to Red Lake Tribal leaders inquiring if they would be interested in a meeting with Commissioner Cassellius for consultation around the new state plan being written for the Elementary and Secondary Education Act (ESEA). That new law, replacing the old No Child Left Behind law, requires all states to submit to the U.S. Department of Education for the 2017-2018 school year.

Tribal consultation is an important part of making sure that input and advice from Minnesota tribes around the needs of American Indian students is thoroughly included in our state plan, the letter stated.

On December 10, 2015, President Obama signed the Every Student Succeeds Act (ESSA), which replaced No Child Left Behind (NCLB) and changed many portions of the Elementary and Secondary Education Act (ESEA). With this, all states are required to submit a new state plan to the U.S. Department of Education for the 2017-2018 school year. Section 111(a) of the requirement states that representatives of Indian tribes in the state be included in the formation of the state plans, and districts that receive more than $40,000 in Title VI funds or have over 50 percent American Indian enrollment must engage in consultation before submitting a plan to the state. Consultation must be done "in a manner and in such time that provides an opportunity for such appropriate officials from Indian tribes or tribal organizations to meaningfully and substantively contribute" (Sec8538(a)).

Consultations create opportunities for MDE staff and Tribal leaders to work together on behalf of American Indian and Alaska Native (AI/AN) students. They will allow input from Indian Tribes and tribal organizations, fostering the collaboration that is a critical part of improving academic outcomes for Native students.

On November 28, 2016, the U.S. Department of Education released final regulations on accountability, state plans and data reporting. All states will be required to submit a state plan to the U.S. Department of Education for the 2018-2019 school year. We will prepare our draft plan for the September 2017 submission date, which will allow for additional stakeholder engagement and community outreach. We are committed to continuing open communication with districts, stakeholders, and the general public throughout the process of developing Minnesota's plan. There are various opportunities to provide input and ideas, and we are committed to working with individuals from many different roles and perspectives. 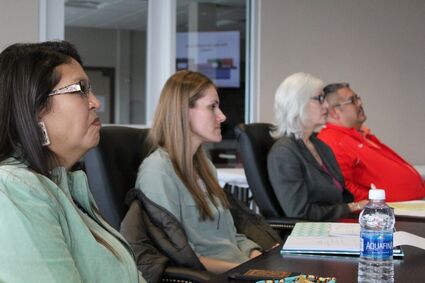 Last month, the U.S. Department of Education (USED) released final regulations on accountability, state plans and data reporting for the implementation of the Every Student Succeeds Act that push back several key dates for implementation. These changes impact the development of Minnesota's state plan under the law. Most notably is that states have until the 2018-19 school year to begin identifying schools for support and improvement. The dates for submitting state plans for approval have also changed. We will prepare our draft plan for the September 2017 submission date, which will allow for additional stakeholder engagement and community outreach. USED has created a helpful summary of the final regulations. Information about ongoing engagement around the development of our state plan will be available on our ESSA webpage.

In October and November of 2016, Education Commissioner Brenda Cassellius and staff from MDE hosted regional meetings in Duluth, Bemidji, Marshall, Rochester, St. Cloud and Burnsville to give stakeholders the opportunity to learn about ESSA, share feedback and ask questions. We learned a lot at these meetings! The Regional Meetings Report includes highlights of overall themes on everything from equity to testing to what it means to provide a well-rounded education to every child.