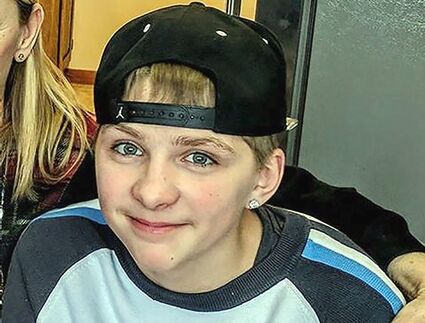 Gary Allen Tilander, 13, was last seen on the 600 block of Mississippi Avenue in Bemidji at about 8:30 a.m. Wednesday, according to a Missing Person Alert. Tilander is from International Falls, according to the alert.

Because of his age and the weather conditions, authorities are concerned about his welfare, according to the alert sent from the Minnesota Bureau of Criminal Apprehension network.

Tilander is described as 6 feet, 1 inches tall, weighing 160 pounds and has sandy blonde hair and blue eyes, the alert said. He was last seen wearing a black Flight Jordan Jumpman hoodie, hightop Nike shoes and has a charcoal grey backpack with the numbers 23 in small print all over the item.

Authorities are asking anyone if they think they have seen him or have information to his whereabouts to call the Bemidji Police Department at (218) 333-9111 or call 911.