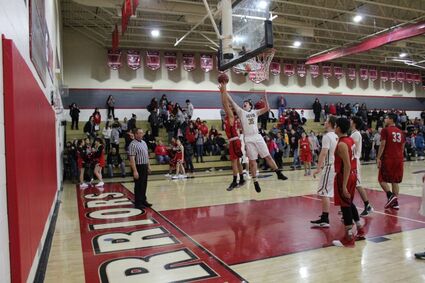 RED LAKE - The Nevis Tigers came into Red Lake Warrior County with a 13-1 record, losing only to Cass Lake all season.

Red Lake was coming off a stunning 71-70 loss over the weekend to 4A school Copper Robbinsdale.

It should be a very good game, most people were saying.

It turned out very good for the visitors.

Nevis scored first with a free throw, and led 3-0 after a basket underneath.

Red Lake tied the game with a 3-bagger from Jamie Cook, and led 5-3 after another basket in the early minute of play.

But that was the last time they would lead, as the Tigers took over the lead and held it all the way to the end.

The Warriors scored a season low 20 points in the first half, trailing by fourteen, 20-34.

In the early minutes of the second half Red Lake had trouble scoring and even though they forced turnovers on Nevis, were unable to gain any ground. At the 11:52 mark Nevis led by twenty-two points, 46-24.

Red Lake could not move like they were used to, with a fast-pace and full court press. Nevis had no trouble bringing the ball down and pretty much controlled the tempo of the game, passing it around and waiting for the opportunity to go for the shot. And a total of seven 3-pointers helped them maintain their pace.

The Warriors had trouble connecting with the basket by just about everyone except for Rob Beaulieu III who kept them in the game. He had 13 of Red Lake's 20 points in that first half, adding 6 more in the second half.

Rob McClain was held to just 4 points on the night, getting into early foul trouble after about 6 minutes of play where he had to sit on the bench for much of the first half.

And hot shooters such as Kendall Whitefeather could only hit for 7 points, with Jamie Cook and William Morrison, both good 3-point shooters, each only sinking one a piece all through the game. 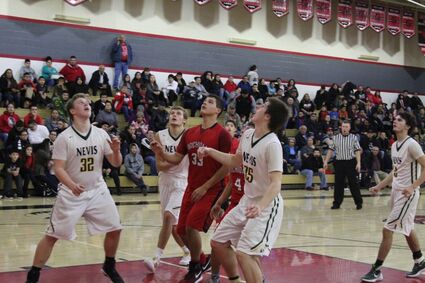 The Tigers slowed down the pace throughout the game, but it was their defense that gave the Warriors the biggest of troubles, not allowing open shots and making Red Lake fight for every point.