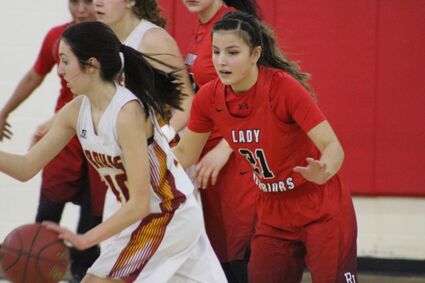 RED LAKE - On Thursday, February 15, the Red Lake Lady Warriors hosted the Blackduck Drakes. It was also Red Lake's last regular home game of their season, along with Parent Appreciation Night and Grace White being honored by General Mills by being placed on one of their boxes.

After the Junior Varsity won their game 65-38, Parent Appreciation was held prior to the start of the varsity game. There, roses were presented to parents or guardians, they were given an honor song by the school drum and were also treated to cake and refreshments afterwards. 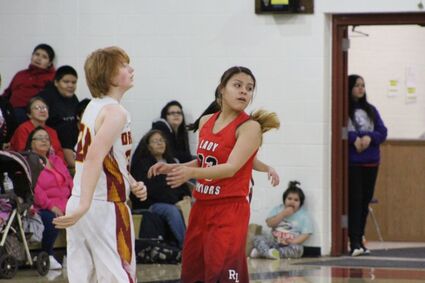 The Lady Warriors drew first blood and the Drakes kept pace for a couple of minutes, until Red Lake's press and speed took over. By halftime the Lady Warriors were on top 53-12.

Grace White led all scorers with 29 points on the night, Alexis Desjarlait hit for 20, Angel McClain and Danielle Seki both added 13 and Gericka Kingbird put in 7.

Haley Murray had 11 for the Drakes.