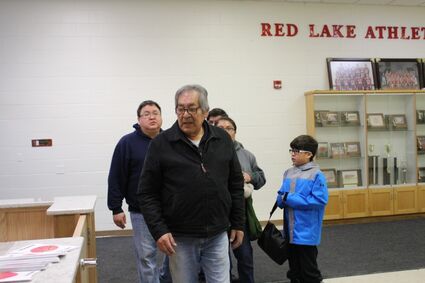 RED LAKE-With a little over 3-seconds remaining on the clock and the Red Lake Warriors leading 70-68, a half-court shot just before the buzzer gave 4A Robbinsdale Cooper an almost unbelievable victory on Saturday afternoon at Red Lake High School.

Heartbreaking is the word many Red Lake fans witnessed as the shot went up from half-court just before the buzzer, and went in for the 3-points needed for Cooper to win.

Nathan Hill, No. 22, was Robbinsdale Cooper's hero, his only 3-points hit in the second half-and it was epic. He had scored 13 points in the first half but nothing in the second until the game winning 3-pointer.

The Warriors trailed by as much as 11 in the first couple minutes of play, then settling down and trailing 33-28 at the half.

Red Lake took the lead in the opening minute of second half play with a 10-2 run, and from there it was back and forth in exchanges of the lead.

With 9 seconds left in the game, Cooper Robbinsdale knotted the score at 68-68, and with .03 seconds remaining, Kendall Whitefeather scored and was fouled on the way up. The Warriors led 70-68 at that point, and at the line his free-throw was good, only to have it denied because a Warrior player stepped over the line when it was being shot. 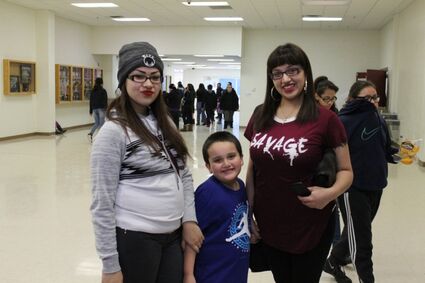 With just 3 seconds left, Cooper Robbinsdale took out the ball and Hill dribbled to half court, where he took the shot and it went in.

That 3-pointer, right out of Hill's hands just before the buzzer, sealed the win for Cooper Robbinsdale.

The loss was just Red Lake's second of the year, putting them at 14-2. Copper Robbinsdale went to 6-4.