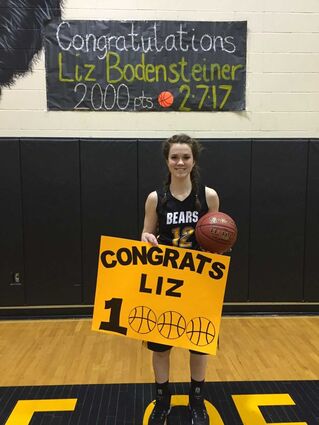 Liz continued her career milestone week by picking up the 1,000th rebound of her career.  It came at a home game with Red Lake County Central on Thursday, February 9, 2017.

This makes Liz the all-time scoring leader for the Bears, boys or girls and the only Bear player ever to have 1,000 rebounds and 2,000 points! 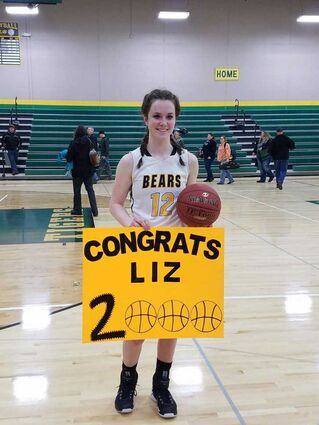