Semi rolls over by Mission School Corner in Red Lake 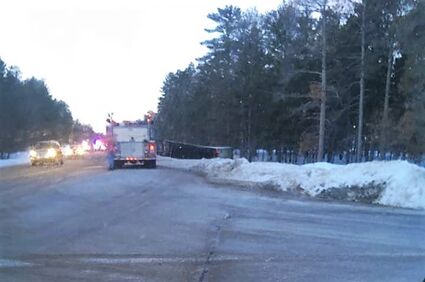 RED LAKE - At about 4:00 AM on Monday, February 13, 2017, a semi truck heading out of the town of Red Lake lost control coming around the Mission School Corner on Highway 1, rolling on its side and causing considerable damage.

No injuries were reported, however. 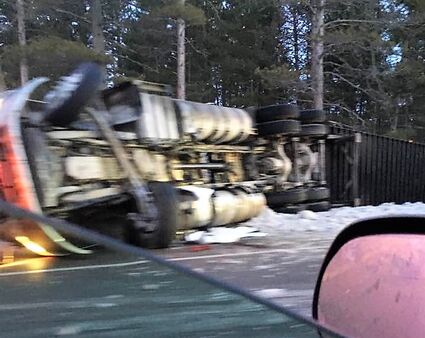 It took several hours to get the semi truck and trailer back on their wheels by tow trucks.

In an unrelated incident, another accident occurred about 3:30 PM on the Little Rock Trail involving a motor vehicle and a school bus.

Apparently a vehicle was coming out of a driveway and slid into the bus. The vehicle was heavily damaged in the front, while the bus appeared very minimal. The vehicle might have hit the back tire area of the bus.

Police were investigating, students were transported home by another bus after this incident, and no injuries were reported.

The incident occurred about a quarter of a mile south on the Little Rock Trail.