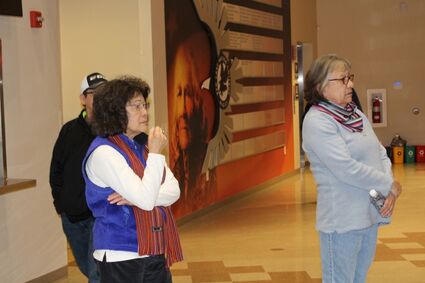 This engagement meeting was titled, "Duties and Responsibilities of Elected Officials."

Led by the Chairman of the Constitutional Reform Initiative, Tharen Stillday, topics of discussion included Hereditary Chiefs, officials on paid committees, conflicts of interest, duties of all elected officials, compensation, informing their constituents, term limits, holding too many director jobs, more women needed as representitives, a vice-chair and the executive administrator, ethics, budgets and more.

This meeting is part of the Red Lake Constitution Reform Initiative which, according to their website, has 13 Red Lake Band Members who represent a cross-section of the Band membership. Each area of representation on the Committee has been carefully selected by the Tribal Council to ensure the revised Red Lake Band of Chippewa Indians' Constitution is crafted to mirror the importance of the Ojibwe language, culture, and way of life embraced by the Red Lake Band membership, while also realistically addressing the current and evolving needs of the Tribe. The Committee will be working over the next two years (at least) and is responsible for formally recommending a revised Tribal Constitution for approval to appear on the Election Referendum ballot. The work of this Committee is not to advocate for a particular outcome, but to gather all information pertaining to specific areas, and make a determination as to the best option to include in the revised constitution. 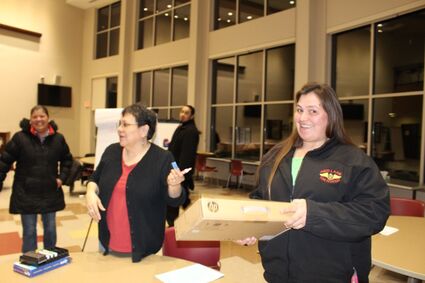 Over the past several years, in an effort to implement a consistent and collectively-accepted foundation for the Red Lake Tribal government to lead and serve, the Red Lake Tribal Council has been researching options to revise the current Tribal Constitution to accurately reflect the values, customs, and priorities of the Red Lake Anishinaabe people and communities. In August of 2012, the Tribal Council passed a resolution which approve the Constitutional Reform Initiative ("CRI" or "Initiative") which directs the Economic Development & Planning Department to seek a formal relationship with the Bush Foundation and aggressively carry out the Initiative's action plan. One primary component of the action plan, developed in March of 2013 (Resolution 43-13), called for the formation of Constitutional Reform Initiative Committee with the significant responsibility of recommending and drafting a revised Red Lake Band of Chippewa Indians' Tribal Constitution.

List of upcoming meetings can be found here: http://www.redlakenationnews.com/story/2017/02/08/events/community-engage-meetings-in-february-and-march-2017/56902.html