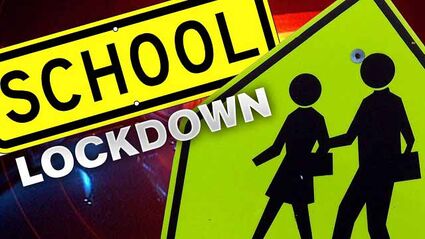 BEMIDJI-Schools in Red Lake went into lockdown this morning and Red Lake Nation College closed for the day after staff learned of an anonymous threat.

Red Lake Schools Superintendent Anne Lundquist said schools in her district went into a "restricted movement lockdown" at about 10:30 a.m. after a school resource officer there heard that Beltrami County had received an anonymous 911 call from someone who claimed they "might shoot up a school."

The threat did not specifically mention or target Red Lake schools, Lundquist said. A restricted movement lockdown-sometimes referred to as a "soft" lockdown"-means that deliveries are sometimes turned away, and students' movement from room to room is curtailed.

Lundquist added that a handful of parents had shown up to remove their students from school, but cautioned that there's always a few removals whenever there's a security threat.

Red Lake Nation Tribal College staff said their school was also in a security lockdown before its president opted to close it for the day, meaning about 100 students and staff went home early.

Bemidji Area Schools and Cass Lake-Bena Schools leaders said schools in their districts were not in lockdown.

"There was some type of an obscure 911 call up in Red Lake and they couldn't track down the caller," Hess said.

County law enforcement staff did not immediately return a request for comment.