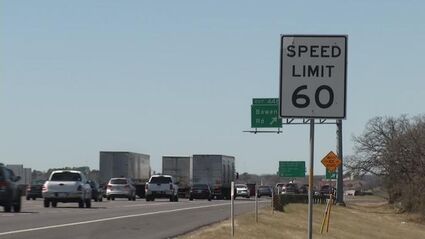 BEMIDJI, Minn. – The speed limits on several highways in northwest Minnesota increased from 55 to 60 miles per hour beginning February 1, according to the Minnesota Department of Transportation.

The new speed limits take effect when the new signs are posted.

Highways that will receive new speed limit signs include:

Speed limits lower than 55 miles per hour along these sections of highway will remain unchanged.

The speed increases are based on a traffic and engineering study of each location, which looks at past crash rates, physical attributes of the highway (such as shoulder widths and access points), and an analysis of current driving speeds.

In 2014, the Minnesota Legislature directed MnDOT to evaluate its two-lane, two-way 55 mph highways to determine whether speed limits could be reasonably and safely increased. The statewide study will end in 2019.

• Highway 27 from Browns Valley to Interstate 94

• Highway 104 from Glenwood to Sunburg

• Highway 113 from Waubun to the Norman/Mahnomen county line

• Highway 200 from Mahnomen to the Norman/Mahnomen county linea