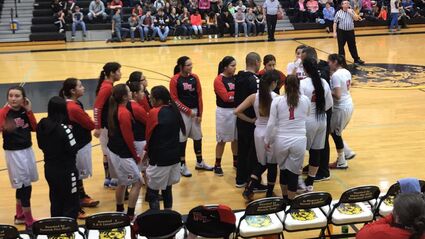 CLEARBROOK - The Red Lake Lady Warriors came out of the gate fast and strong in early minutes of the first half, at one point leading the Clearbrook-Gonvick Bears by 17 points, 23-6. It looked like Red Lake was going to blow them away like they've done all season long to other teams.

That wasn't the case.

The Bears fought hard and came right back at Red Lake, and three key Lady Warriors players racked up 3 fouls in the early minutes, to take the lead 39-37 in the last seconds, with Red Lake answering to tie the game at half time.

The Warriors went up by 5 in the second half, only to have the feisty Bears come right back and keep coming back, with the lead changing hands over and over.

It wasn't until about the 5 minute mark that Red Lake led by 10 points, a lead they would hold on to for the win.

It was an absolute battle all the way to the end.

Coach Randy Holthusen stated in an interview with Tom Lano after the game that the younger girls came through for them when key players were in early foul trouble. He was very proud of them for that.

Freshmen Gericka Kingbird led all scorers with 31 points on the night, four 3-pointers, was 7-13 from the freethrow line and had 8 rebounds, Grace White hit for 15 and 7 rebounds, Alexis Desjarlait had 12 points, Danielle Seki 9, Samantha Roy hit for 6 and Lashaun Roy and Alisha Beaulieu both had 4 points.

Liz Bodensteimer had 29 points for Clearbrook-Gonvick and was 11-15 from the freethrow line. 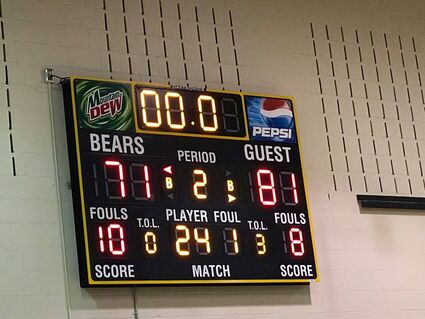 The Lady Warriors are now 17-2 on the season, while Clearbrook-Gonvick drops to 11-7.