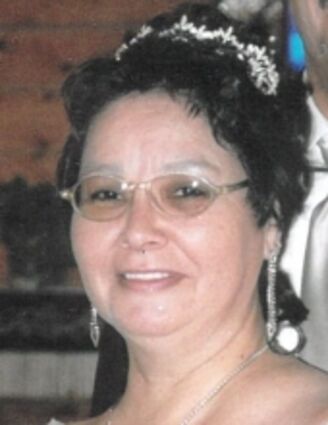 Funeral services will be held on Tuesday, January 31, 2017 at 1:00 PM at the Rice Lake Community Center in Rice Lake with Pastor Jacki Bernacchi officiating. Visitation will begin on Sunday at 4:00PM and continue until the time of the service on Tuesday. Interment will be at the Samuel Memorial Episcopal Cemetery in NayTahWaush. The Cease Family Funeral Home of Bagley assisted the family with arrangements.

Susan was born August 31, 1959 in Bagley, Minnesota the daughter of Theodore and Isabell Thompson. She was raised in Rice Lake and attended Bagley Schools graduating from Bagley High School in 1977. She attended the Bemidji Area Vocational School majoring in secretarial. She worked at the Shooting Star Casino for 10 years and at the White Earth Distribution Center for 15 years.

Susan was married to Lamont Johnson in 1994 and were divorced and remarried in 2007.

Susan liked to play bingo, attend pow-wows, and go to the casino.

Survivors include- her husband –Lamont Johnson of Detroit Lakes, MN

She was preceded in death by her father, grandparents, and a niece-Becky Thompson.