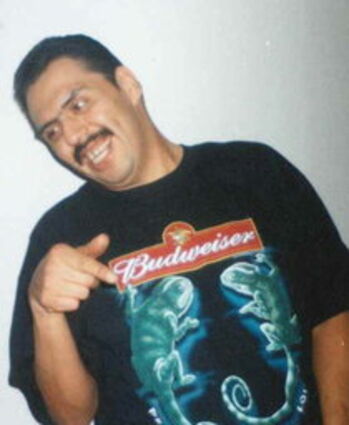 Mark was born and raised for most of his young life in Minneapolis. He moved with his family to Ponemah when he was in high school. Mark graduated from Red Lake High School in 1985. Throughout his adult life he worked several jobs, he was a custodian for the Red Lake IHS Hospital, a security guard and supervisor for Red Lake Gaming and also worked at the Ponemah Store. He was a very humorous and funny guy who was always smiling. Mark cherished the time he spent with his grandchildren. He enjoyed going to the casino to play black jack, watching his WWF and the concert channel and hunting. Mark loved his classic rock music, especially AC/DC, he even had a collection of AC/DC concerts that he loved watching. He will be missed by everyone.

Those left behind to cherish his memory are his brothers; Marvin (Shari) Hurd, Sr. of Minneapolis, Fabian Hurd of Lander, WY, Clayton and Edwin Hurd both of Ponemah, sisters; Cherilyn Johnson, Kimberly Hurd and Tara (Randy) Kingbird all of Ponemah, uncles; George Baptiste and Murphy Thomas, Sr., aunties; Delores Cloud-Hamitt, Phyllis and Edna Johnson, many grandchildren, and numerous nieces and nephews.

A wake for Mark will begin at 12:00 p.m. on Wednesday, December 14th and continue until his traditional service at 10:00 a.m. on Friday, December 16th all being held at the Boys and Girls Club in Ponemah. Steve Jackson will be his Spiritual Advisor. Pallbearers for Mark are Larry Dow, Jr., Chad Hurd, Chris Hurd, Douglas Beaulieu, Jr., Gerald Johnson, Russ Simenson, Jay Barrett and Greeting Spears III. Alternate pallbearers are Keith Dow, Sr. and Tex Bullhead. His honorary pallbearers are Scott Johnson, Bradley Johnson, Sr., Richard Johnson, Gary Lee Johnson, Dexter Stillday and Eugene Perkins. Interment will be in the Family Burial Grounds at Ponemah following his Friday service.

Mark's care has been entrusted to Northern Peace Funeral Home of Walker. Online condolences for the family may be left at http://www.northernpeace.com