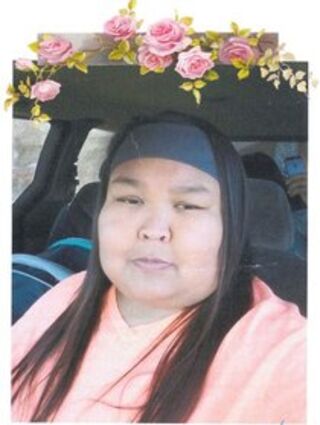 Deshanna Marie Lussier passed away after battling long complications of lupus at the Red Lake Hospital with her family by her side. Deshanna leaves her family at 35 years of age, she was born in Red Lake, Minnesota on August 13, 1981 to Linda (Lussier) and Patrick Hallett.

Deshanna attended school in Fergus Falls, Bemidji, Red Lake High School going onto college at Northwest Technical receiving excellent grades as she attended. She traveled all over the United States with her father and mother, only missing a few states on vacation. She enjoyed being with her family and especially being with her grandsons and Lindsey and her kids. Growing up she enjoyed playing volleyball, basketball and loved watching Red Lake sports. She liked to listen to country, R & B and pow-wow music. She traveled to various casinos and going around visiting family. She enjoyed the Ojibway Hymnal Singers and would often travel with her late Grandma Rosie to wakes and services to sit and listen to them provide songs for others.

She leaves behind her loving significant other who cared so well for her, Lindsay Iceman, her children; Tearra Lea Lussier, Austin Robert Lussier and Layla Rose Iceman, grandson; Darion Patrick James Lussier, a special son; Landon Thompson, her father; Patrick Hallett of Bemidji, her mother; Linda A. Lussier of Fargo, ND, her special mom; Sandra "Nonny" Sigana of Red Lake, mother-in-law; Priscilla Iceman of Ponemah, several aunts, uncles, numerous cousins, her special close sisters and brothers whom she chose as her pallbearers.

Deshanna's care has been entrusted to Northern Peace Funeral Home of Walker. Online condolences for the family may be left at http://www.northernpeace.com