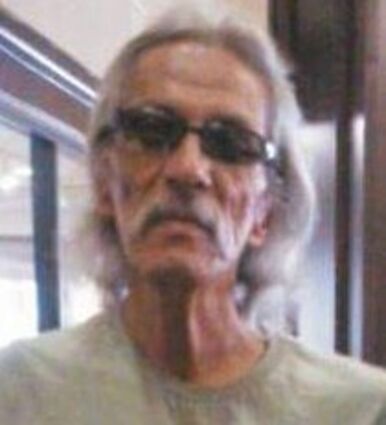 Arnold "Arnie" Joseph Martin, 61, "Miisamoog" which means "Bumble Bee", of Nay-Tah-Waush, Minnesota began his spiritual journey from him home on Monday, December 5, 2016. Arnie was born in St. Paul, MN on January 13, 1955, the son of Joseph and Margaret (Ortley) Martin.

He moved around a lot his whole life and finally settled down in Nay-Tah-Waush. Arnie was a quiet, kind hearted, caring man with a unique sense of humor, who had an open door policy for people in need. At a young age, Arnie was incarcerated and denied his Native American spiritual rights. He and a group of other inmates were instrumental in reforming the religious rights afforded to inmates in the prison systems that is still in place to this day. He spent his adult life as a carpenter and was recently in certified as a Green Builder. When he wasn't working he enjoyed playing Scrabble, ricing, harvesting and watching the History Channel. Arnie had his routine, he needed his newspaper every morning, always did the crossword and suduko puzzles every day and watched Jeopardy every night. He was the "Jeopardy King". Arnie had a very special bond with all his nieces and nephews and was always doing special little things for them. They and all his family will miss him dearly.

Family welcoming him to the spirit world are his parents; Joseph and Margaret Martin, sisters; Georgene and Theresa Martin and Marlene Barrett, grandparents; John and Mary Martin and Frank and Mary Ortley and other relatives.

Those left to carry on his memory are brothers; David (Katie) Martin of Dexter, OR and Delbert Martin of Juneau, AK, sisters; June (Clayton) Adams of Browns Valley and Pam Martin of Red Lake, his nieces, nephews, cousins, other family members and friends.

An overnight wake for Arnie will begin at 6:00 p.m. Thursday, December 8th and continue until his 12:00 p.m. Memorial Dinner on Friday, December 9th all being held at the Nay-Tah-Waush Community Center in Nay-Tah-Waush. Arnie's pallbearers are James Adams, Chris Adams, Daniel Adams, Richard Littlewolf, Robert Snider, Leland Martin, Charles Neeland and Charles Zornes. The alternate pallbearer is Ryan Adams. His honorary pallbearers are all his nieces and nephews, the Neeland Girls, Carol Busse, Nancy Adams, Bette Bugg, Thelma Coleman, Oscar John Oppegard, Nicole Lussier, Jacob Lussier, David Martin, Jr., Geshik Martin, Rob May, Nora Littlewolf and Candace Bellanger. In keeping with Arnie's wishes, cremation will follow his memorial dinner and his final traditional service and scattering of his ashes will be held in the spring.

Arnie's care has been entrusted to Northern Peace Funeral Home of Walker. Online condolences for the family may be left for the family at http://www.northernpeace.com