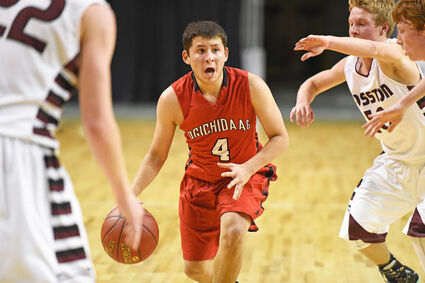 Red Lake senior Jamie Cook scrambles to pass the ball in the first half of the game against Fosston Saturday in the Homark Homes Hardwood Showcase at the Sanford Center. (Jillian Gandsey/Bemidji Pioneer)

BEMIDJI -- The Red Lake boys basketball team relied on its defense to top Fosston 74-55 Friday night at the Homark Homes Hardwood Showcase at the Sanford Center, but it also rolled the highlight reel in the process.

The Warriors (2-0) shot out to to an early 12-3 lead when Rob McClain converted on an and-one layup early in the game.

Fosston continued to keep it close, but an emphatic McClain dunk in transition ensured a decent lead for Red Lake, as it put them up 22-14. And shortly after, Cyrus Whitefeather connected on a deep ball to put the Warriors ahead 30-20, the largest of the night. 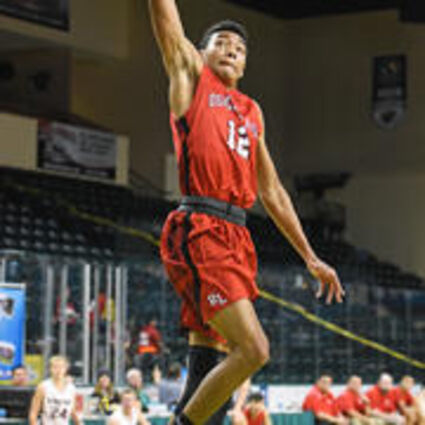 Red Lake senior Rob McClain dunks in the first half of the game against Fosston on Saturday. (Jillian Gandsey)