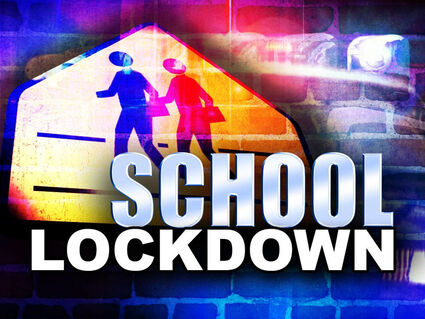 ST. PAUL - Many northern Minnesota schools were locked down to some degree Wednesday after a vague school threat, but as students headed home for the day, no incidents had been reported. While individual school or school district lockdowns are common, a situation that affects students from the North Dakota border in the west to the shores of Lake Superior in the east is rare, if not unique.

Police were stationed at some schools throughout the day, and departments in a few areas brought in more officers as classes dismissed.

Officials at several Bemidji-area school districts said they took varying precautions after hearing about the threat,

Bemidji Area School administrators beefed up security and surveillance at the district's nine schools but didn't go into lockdown, Superintendent Jim Hess said. Hess declined to specify what "increased security and supervision" meant because it could aid a potential threat.

Chief Deputy Ernie Beitel with the Beltrami County Sheriff's Office said the sheriff's office received a report of the threat from the state Bureau of Criminal Apprehension, and placed a deputy at each school in Beltrami County outside of Bemidji city limits. According to Beitel, the Bemidji Police Department placed officers at schools inside the city.

"We put officers in the area and advised the schools of the information that we received, and let them make a choice on whether they wanted to lock down," Beitel said.

Red Lake School District Superintendent Anne Lundquist said the police department there told her about the threat at about noon, prompting staff to order a lockdown. Staff monitored people entering and leaving the building, recess was held indoors and after-school activities were cancelled. She added that Red Lake police said they heard of the threat from the Minnesota Fusion Center, which is a division of the BCA.

Lundquist said students were still served lunch and could use restrooms as normal, and that she didn't feel the need to cancel classes scheduled Thursday.

Tim Lutz, superintendent at neighboring Kelliher Public School, said he heard of the threat after a few Red Lake parents called around 2 p.m. and asked what Kelliher staff planned to do about it. Lutz said Kelliher staff put the school on a "soft" lockdown, which means they locked the school's doors, canceled outdoor recess and any unnecessary movement from classroom to classroom.

The BCA posted on its Facebook page Wednesday afternoon that it received a report in the early morning "from an individual who was participating in an anonymous online chat with an unknown individual." The unknown person "claimed to be considering carrying out violence Wednesday at a northern Minnesota school."

There was no other information, including any specific area or the type of threat. The BCA reported it was working to identify the source and validity of the threat. It was not clear how many schools took action, but there were reports from the northwest to the northeast.

It is up to individual districts to decide whether to lock down schools. School officials varied on their reaction to the BCA warning.

Besides locking school doors, precautions in many communities included sending police to public and private schools.

Superintendent Mike Kolness of East Grand Forks Public Schools said the vague nature of the threat does not warrant a full on lockdown, but Kolness said precautions were taken.

"We'll monitor doors and do the things we need to do to keep our students safe," Kolness said.

Detroit Lakes School District, along with Holy Rosary Catholic School, ordered a "code yellow," putting all buildings under lockdown, but still keeping classes and regular operations normal inside the buildings.

"Please know the safety of our students and staff are important to us," Detroit Lakes Superintendent Doug Froke said. "The district will continue to work with law enforcement agencies in the area as we learn more about this situation."

Across the state to the east, Duluth and Hermantown police were stationed at all public and private schools in the two cities.

The Duluth school district sent an email to parents saying that the Duluth Police Department "is taking precautionary steps today in response to information related to a nonspecific threat to a northern Minnesota school."

Joe Bowen and Grace Pastoor of the Pioneer and Don Davis of Forum News Service contributed to this report.