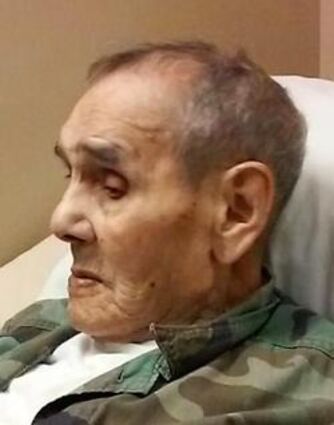 John Baptiste Thunder was born to John Baptiste and Rachael (McDonald) Thunder in Red Lake, MN on December 4, 1928. As a child, he grew up in the Ponsford, MN, area and attended school in Pipestone, MN, and at Flandreau Indian Vocational High School, Flandreau, SD.

John enlisted in the United States Army where he proudly served as a paratrooper with the 11th Airborne Division during the Korean Conflict. After his honorable discharge in 1953, he returned home to his family. Baptiste was blessed with one daughter, Mavis. He spent most of his employed years supporting the labor trades, working for the lumber distributors.

John lived for over 22 years in the Minneapolis, MN area before returning to northern Minnesota. Over the years, he also lived in White Earth, Red Lake, Ponsford, and most recently Mahnomen to be closer to his family. Baptiste was a generous person in both body and spirit, and was a hard worker and often gave of himself to others. Baptiste liked deer hunting and enjoyed his quiet time out in the woods. He loved to visit with his family and friends, especially visits with his siblings and always looked forward to going out to eat a meal whenever he could.

John is preceded in death by his parents, John Baptiste and Rachael, and his half-brother, Chris Thunder. John is survived by his daughter, Mavis Thunder-Boswell of Red Lake; his brother, Joe (Marie) of Cass Lake, MN and sisters, Genevieve Hladek of Milaca, MN and Imogene (Robert) Howard of White Earth, MN and many nieces and nephews. He will be dearly missed by all of his family and friends.