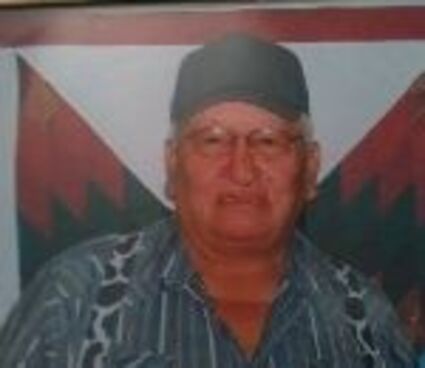 He was born on February 24, 1942 to Rose Sargeant Howe and Edward Howe Sr. in the Joe Creek area. John is the nephew of the late Oscar Howe and descendent of Chief Bone Necklace. John Howe Sr. went to Immaculate Conception Boarding School in Stephan, SD. He went to trade school in Fargo, ND and got a degree in auto body and mechanics. He worked in various body shops in California, South Dakota and North Dakota. He worked as an alcohol counselor at Swift Horse Lodge. He worked as a CHR in Big Bend and worked with the ambulance department in Fort Thompson, SD. He enjoyed listening to country music and driving around in his truck, spending time with all of his grandsons and granddaughters. When he was in good health he would fix and paint cars. He liked fast cars! He also liked going to the Bad Moccasin Sundance in Fort Thompson.