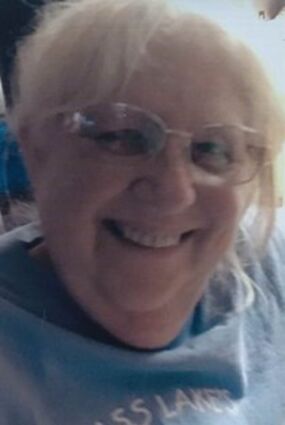 Joann Lee (Wentworth) Losh, 69 years old, of Federal Dam, passed away on Sunday, October 9, 2016 at Sanford Hospital in Bemidji, Minnesota. Joann was born May 6, 1947 in Saint Paul, Minnesota, the only child of Richard and Leona (Lofquist) Wentworth.

Joann grew up in St. Paul and attended North High School. After high school she moved to Remer and attended Itasca Community College for her LPN. Joann then had three children, Jill and the twins, Jody and Jeffrey. She worked the next 32 years for the Indian Health Services in Cass Lake after receiving her RN from Bemidji State University. She loved taking care of people, even after her retirement.

Joann and Lyman "Dede" Losh have been happily married for 25 years and together for 28. They reside in Sugar Point on Leech Lake. Joann spent her day gardening, spending time with her family, having fires down by the lake, cooking, baking and time at the casino with her husband Dede. She was a loving and humorous wife, mother and grandmother. Joann had a very contagious laugh and a smile that could light up a room. She is going to be dearly missed by all who knew and loved her.

Joann is welcomed by her parents, Richard and Leona and her grandparents.

Amare and Jaxyn, other relatives and many friends.

Joann's care has been entrusted to Northern Peace Funeral Home of Walker. Online condolences for the family may be left at http://www.northernpeace.com