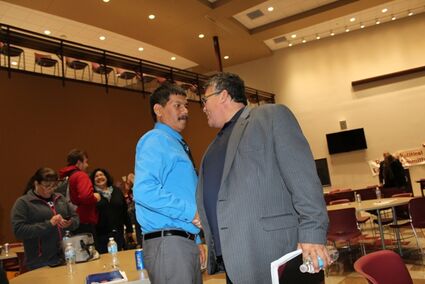 Barrett's term will end in January 2017, and because two current board members did not file for reelection, their seats will be filled with a new member. Both Kathryn "Jody" Beaulieu and Chris Jourdain have had experience on the board in previous years. Barrett is serving his 8th year.

School Board members each serve 4 year terms and there are currently six members of the board. A referendum will be voted on in November to add one member, which would come up in the 2018 election year.

Michael Barrett is the current Chairman, Tina Stately is Vice-Chairman, Barb Thomas is the Board Clerk, Roy Nelson Treasurer and Darwin Sumner and Rob McClain make up the six-member board.

Each candidate provided an opening statement and introduced themselves, and afterwards answered questions provided for by those in attendance.

Tim Sumner and Vince Gross, each running for Beltrami County Commissioner, also provided opening statements, followed by questions from the audience. Sumner is the current commissioner for the county. 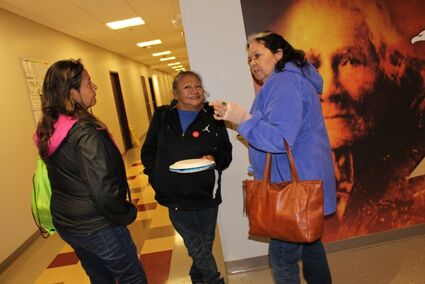 • To support and conduct nonpartisan research, education, and informational activities to increase public awareness about their right to vote and participate in elections.

• To increase voter participation in tribal, state, and federal elections within the membership of the Red Lake band of Chippewa Indians and;

• To increase voters knowledge of political and social issues.

The General Election will take place on Tuesday, November 8, 2016.