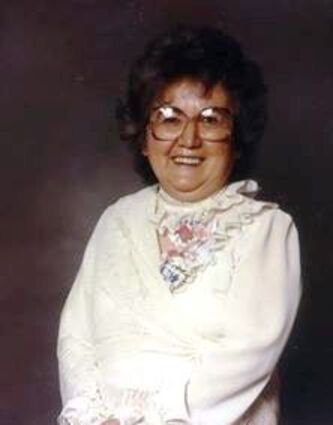 Anna began her journey on October 5. 2016 at the age of 90. She was born on March 8, 1926 to Joseph and Nancy Lussier in Red Lake. She was the eldest daughter of the Lussier clan and grew up in Redby, with her parents and 10 siblings. She attended school in both Redby and Red Lake.

Anna and Art entertained many relatives and friends wherever they lived. Anna loved her grandchildren and took every opportunity to talk about them. She always liked to dress "to the 9's" and always had a hat on in public. She had a great sense of humor and a very distinctive laugh. She lived a very long and full life.

She is survived by her grandchildren, Coleen Bettinger, Pat and Danny Maher of Minneapolis/St. Paul area, Kari Washington and Kristy White of Bemidji, and Waste', Anna and Daniel King of Redby. Her siblings, Joan Donnell and Ramona Barrett of Redby and Virginia Perkins of Red Lake.

A Dinner in her memory will be held at 1:00 PM on Sunday October16 at the St. Antipas Episcopal Church in Redby, Minnesota.

Arrangements are with Cease Family Funeral Home of Bemidji.