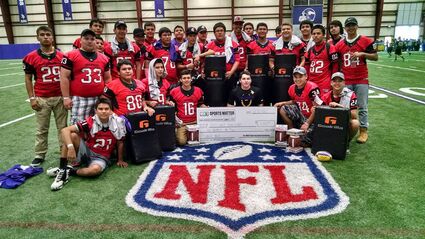 The Warriors also received a $2,000 donation from the Vikings, in conjunction with ESPN, Gruden and the Dick's Sporting Goods' 'Sports Matter" initiative, for new equipment and other essential football needs.

The Warriors had the opportunity to ask Gruden some questions, then participated in a warmup session with former Vikings Pro Bowler and current director of youth football EJ Henderson. They also toured the Vikings' facilities and were fed by the team.

Footage from Saturday's event will be shown on ESPN's Monday night telecast. The Vikings take on the New York Giants at 7:30 p.m. 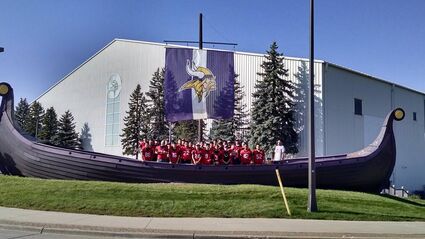 The Warriors, who are 0-4 this season, lost to Pine River-Backus on Friday night. From there they stayed at a hotel in St. Cloud before departing for Eden Prairie on Saturday morning.

Thirty players went on the trip.