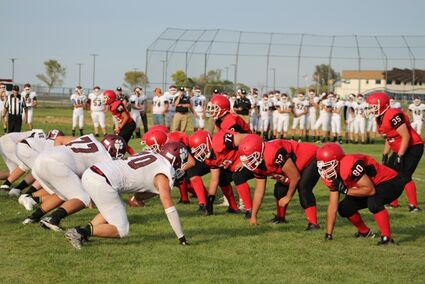 RED LAKE -- There will be some definite local flavor when the Minnesota Vikings host the New York Giants in the first-ever Monday Night Football game at U.S. Bank Stadium.

The Red Lake High School football team has been invited to the Vikings' Winter Park practice facility in Eden Prairie this week, where they will participate in a special "chalk talk" session with Monday Night Football ESPN commentator Jon Gruden as well as Vikings staff.

The Warriors will also receive a $2,000 donation from the Vikings, in conjunction with ESPN, Gruden and the Dick's Sporting Goods' 'Sports Matter" initiative, for new equipment and other essential football needs.

"Just being a part of this is a really big plus for our program," said Nolan Desjarlait, Red Lake head football coach and athletic director.

The Warriors will get the chance to ask Gruden some questions, then will participate in a warmup session with former Vikings Pro Bowler and current director of youth football EJ Henderson. They'll also tour the Vikings' facilities and will be fed by the team, Henderson said.

Footage from Saturday's event will be shown on ESPN's Monday night telecast. The Vikings take on the Giants at 7:30 p.m.

The Warriors, who are 0-4 so far this season, will play at Pine River-Backus at 7 tonight. From there, Desjarlait said, they will stay at a hotel somewhere before departing for Eden Prairie in the morning. 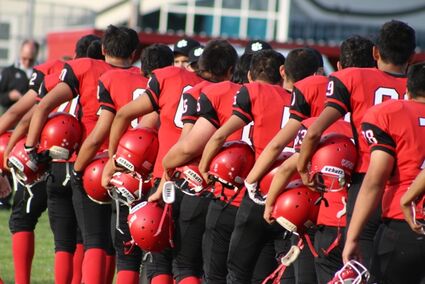 Thirty players will be going on the trip, Desjarlait said.

They should have a little more spring in their steps this week against Pine River-Backus, which is 4-0 and the No. 7 team in Class A.

"They're pumped about it," Desjarlait said. "I got word of it last week during our homecoming. It made it even bigger because we had our homecoming game against Walker and I told the kids what was going on and their eyes lit up and their adrenaline kicked up a little higher.

"I expect that this week, too."