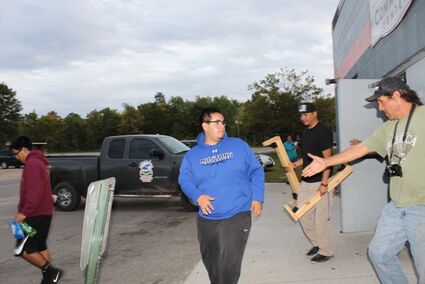 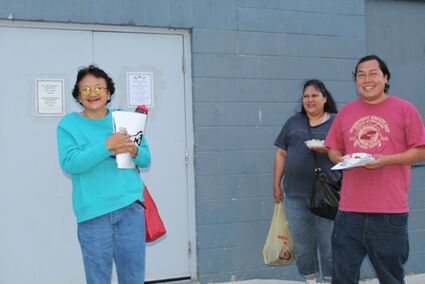 Some of the items being canned included venison, buffalo and vegetables. Everyone in the group, which was about 30 or so, helped in the preparation, from cutting up vegetables and spices, to packing the meat in the canning jars.

Darwin Sumner of Oshkiimaajitahdah led the group, explaining the process from start to finish, and to cooking the canned meat in pressure cookers.

Dinner was also provided, which consisted of buffalo stew and bread that was baked outside.

A video presentation was also shown about how to build a high tunnel greenhouse.

The event was sponsored by the Local Food Initiative, Oshkiimaajitahdah and the Red Lake Tribe.