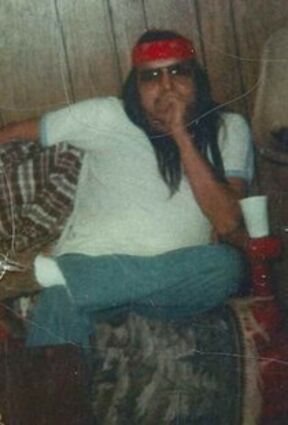 Location: The Church of Gichitwaa Kateri

Donald "Booty" Bruce Raisch, age 63, of Minneapolis, Minnesota and of the Bear Clan began his spiritual journey on September 28, 2016 from the Hennepin County Medical Center in Minneapolis. Donald was born on June 7, 1953 in Minneapolis to Dolores (Fairbanks) and Joseph Raisch.

Donald was born and raised for most of his life in Minneapolis. He worked for the Minneapolis

Temporary Employment Program for many years. He was a very simple man who kept to himself a lot and enjoyed being independent. Donald liked gambling, playing cards and shooting pool with his friends. He was an avid bingo player, sometimes playing several times a day. Donald was very content with his life.

Left behind to cherish his memory are his sisters; Linda Wilson and Joanne Ortley both of Cass Lake, Brother; Joseph "Sonny" Raisch of Cass Lake, specia friend; Margaret Traxinger, numerous nieces, nephews, other relatives and friends.

A wake for Donald will be held from 2:00-8:00 p.m. on Friday, September 30th at the Church of Gichitwaa Kateri in Minneapolis. Donald will then travel to Cass Lake for an overnight wake that will begin at 2:00 p.m., Saturday, October 1st and continue until his traditional services at 10:00 a.m., Sunday, October 2nd all being held at the Veteran Memorial Building in Cass Lake. Allen Hardy will be Donald's spiritual advisor. Pallbearers will be Joe Burris, Jappy Headbird, Joey Raisch, Curtis Ortley, Vicente Cerda-Romo and Joel Ortley. The alternate pallbearer will be Gabriel Ortley. Donald's honorary pallbearers are Bryant Cooper, Jon Weyaus, Darian Weyaus, Donovan Villebrun, Devin Villebrun, Marshall Villebrun and Jimmy Wilson-Brown. In keeping with Donald's wishes, his ashes will be inurned next to his brother Maynard in Morgan Cemetery at Oak Point at a later date.

Donald's care has been entrusted to Northern Peace Funeral Home in Walker. Online condolences for the family may be left at http://www.northernpeace.com