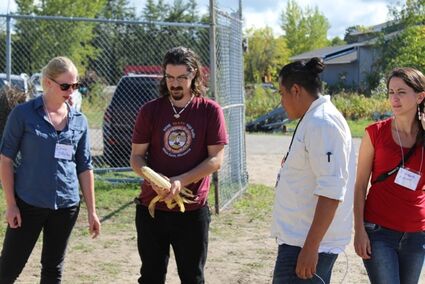 RED LAKE - Prior to this two-day summit, there were two earlier events that took place. One was on September 14 where a Federal Vendor Certification Training event was held, and the second event on September 15, where Organic and GAP Certifications, Intro to Conservation Planning.

The regular summit began on Friday, September 16th where the morning workshops took place, Harvesting the Forest (Foraging and Maple Syrup), with Kevin Finney of the Jijaqk Foundation, Paul DeMain of IAC, Tashia Hart and the Sioux Chef and Martin Reinhardt of NMU. Soil Health took place at the Redby Garden with Katie Chapman, UMN NRCS.

"Harvesting from the Forest" was led by Tashia Hart of Red Lake, who works with the Sioux Chef, Sean Sherman. Several other participants assisted in identifying and harvesting for the feasts, plants and medicines that are commonly used by Indigenous people for health and nutrition.

The afternoon sessions were titled Grazing 101: Buffalo and Cattle, with John Zinn of NRCS Intertribal Buffalo Council and the Society for Range Management. Coop development went from 4 PM to 5 PM. Indigenous Seed Keeping was held at the Redby Garden with Rowen White of the Sierra Seed Co-op and Zach Paige of WELRP.

A seed swap took place in the evening at Red Lake Nation College, along with dinner, Traditional Indigenous Games and a Drum Social and Full Moon Cerermony. 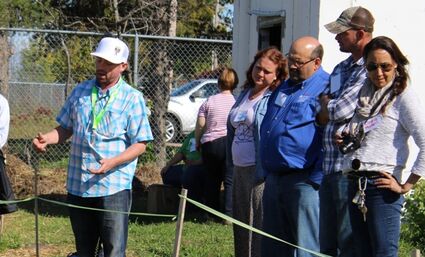 Other topics included Learning How to Clean and Save Seeds, Braiding Corn and Making Corn Husk Dolls, Traditional Indigenous Games and a Talking Circle was held titled Sugar 101; Equipment and Methods, along with The Sioux Chef, Sean Sherman on Building a Native Culinary Revolution and Martin Reinhardt with Decolonizing the Diet Presentation and Demo.