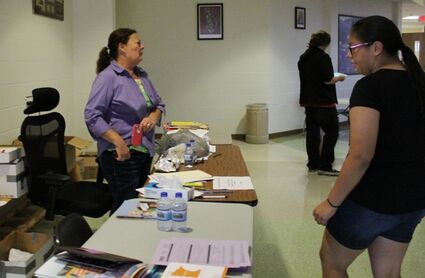 This gave students and opportunity to meet with teachers, find their lockers and get ready for the start of school on Tuesday, September 6, 2016.

There was a brief ceremony, tours of the facility and refreshments afterwards.

Red Lake School District officials, construction company representatives and some area legislators gathered in the cafeteria, which is located between the high school and middle school facilities.

Recognized nationally for it's healthy lunch program, the new state-of-the-art facility will serve about 500 students, replacing two older kitchens that had served the Middle and High School populations separately.

Red Lake Schools Food Service Coordinator Jo Lange stated the district was able to earn the title of Silver School from the United States Department of Agriculture's Healthier US Challenge.

"The award was made possible by classroom nutrition education, physical education requirements and the healthy meal services," Lange said. "The combined efforts of all the district's staff allowed Red Lake to get the distinction from the USDA, and it's an accomplishment to be proud of."

The HealthierUS School Challenge: Smarter Lunchrooms (HUSSC: SL) is a voluntary certification initiative recognizing those schools enrolled in Team Nutrition that have created healthier school environments through promotion of nutrition and physical activity. 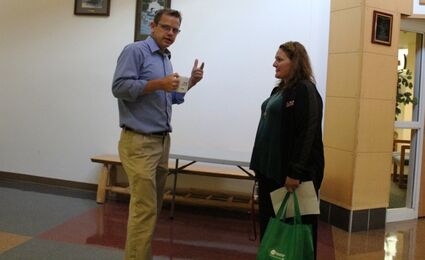 In 2013, the district obtained $5.5 million from the Legislature's bonding bill to fund the project. They broke ground in June 2015 and it took Red Lake Builder's Incorporated just less than a year to complete.