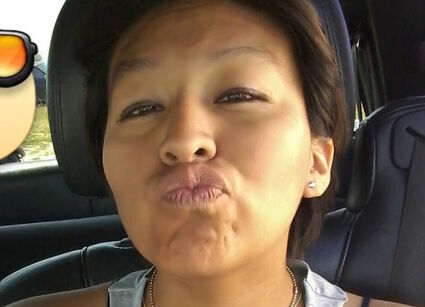 On September 13, 2015, Fort Hall Police were called to a residence on the Fort Hall Indian Reservation. Officers found a woman holding a baby who was bleeding from an injury to the throat area. That woman was the baby's grandmother who had called the police. Officers found another woman, Alyssa Timbana, in the bathroom, also with cuts to her throat. The officer asked Timbana what happened to the baby and the defendant replied, "I did it." The baby had two separate lacerations across her neck which required surgery to repair. Timbana was interviewed after she was treated at the hospital. She admitted taking several tablets of a nonprescription cold medicine and smoking marijuana. She was upset at her friends and began to feel "ugly" so she went in the back room and cut both her neck and the baby's neck with a knife.

The charge of assault with a dangerous weapon is punishable by up to ten years in prison, up to three years of supervised release and a fine of up to $250,000.

Timbana is scheduled to be sentenced on November 21, 2016, before Chief U.S. District Judge B. Lynn Winmill at the federal courthouse in Pocatello.

The case was investigated by the Fort Hall Police Department and the Federal Bureau of Investigation (FBI).