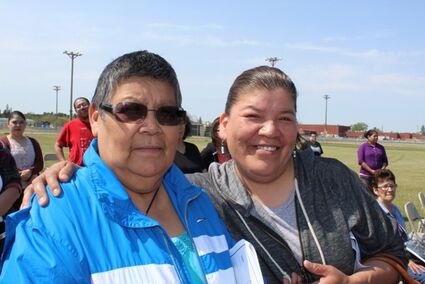 RED LAKE - Last week, twenty-three Red Lake Nation College students graduated in a ceremony held at Leech Lake Tribal College, but on Thursday, May 19, 2016, a Special Recognition Ceremony was held outside on the campus with Red Lake in the background.

The ceremony began with an introduction by Mistress of Ceremonies Lorena Cook, RLNC Board Chairwoman, followed by the Grand March accompanied by the Red Lake Nation College Drum Group.

Eugene Stillday, Spiritual Advisor for RLNC, gave the opening prayer and the welcome address, followed by acknowledgement of visitors and guest, and a congratulations message by Red Lake Representative Robert "Bob" Smith, who took Chairman Seki's place due to a government related meeting in another area.

Secretary Cook was also scheduled to speak, but he was with Seki at that same meeting.

Dan King, President of RLNC, spoke about the growth of the college and was followed by Keynote Speaker, Red Lake Nation Tribal Treasurer Annette Johnson. 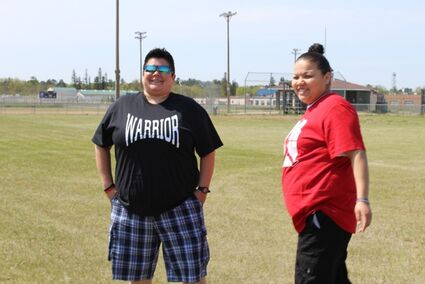 The Class of 2016 was the largest graduating class in RLNC's history, and of the twenty-three, 17 were honor students.

After an Honor Song and Retreating of Colors, a feast was held at the Red Lake Nation College cafeteria.