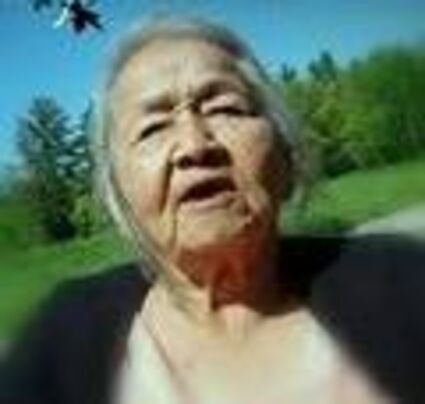 Services will be 1:00 pm, Friday, August 8, 2014 at the St. Antipas Episcopal Church in Redby, MN with Rev. George Ross officiating. A wake will begin at 2:00pm, Wednesday, August 6, 2014, at the Redby Community Center and will continue until the time of the service at the church. Interment will be at the St. Antipas Episcopal Cemetery in Redby, MN under the direction of the Cease Family Funeral Home of Bemidji.

She was born on March 21, 1932, in Red Lake, MN, the daughter of Richard "Dickie" and Ida (Stately) Spears. She was raised and educated in Red Lake. She married Oliver Clark Sr. in 1956. They moved to Redby and she was a homemaker raising their children. Oliver passed away in 1990. Irene was a member of St. Antipas Episcopal Church in Redby. She enjoyed going to the casino, visiting with family and friends, sitting outside on the porch and reading, going out cruising, and shopping for her grandkids and great-grandkids.

Honorary Casketbearers will be her grandchildren, family, and friends.