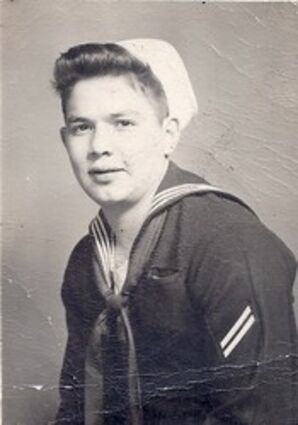 Funeral Services will be 1:00 pm Saturday, December 22, 2012 at the St. Mary’s Catholic Church in Red Lake, MN with Fr. Jerry Rogers officiating. A wake will begin at 4:00 pm on Thursday, December 20 and go until the time of service on Saturday. Interment will be at the St. Mary’s Catholic Cemetery in Red Lake, MN under the direction of the Cease Family Funeral Home of Bemidji. Military Honors will be provided by the Red Lake Nation VFW Veterans Honor Guard.

Bo was born May 29, 1939 at Red Lake, MN the son of Allan “Allie” Brun and Martha (Sayers) Brun. Bo was educated at Red Lake and enlisted in the US Navy at age 17 and served honorably aboard USS Heerman DD 793 from 1956 to 1960 and was a veteran of the Suez Crisis in 1958 and 1959. Upon his honorable discharge, Bo returned to his homeland and worked as a merchant sailor on the Great Lakes for a period of time until his graduation from the United States Public Health Service Infrastructure and Plumbing Certification courses. Bo then travelled the United States installing water mains and plumbing throughout Indian Country. He continued in his service to the USPHS until starting his own successful plumbing and steam fitting company, until injury forced his early retirement. In his younger years Bo was a renowned hunter and always shared his bounty with his community, especially his Elders. Bo immensely enjoyed the company of his many grandchildren and was extremely proud of each and every one of them. Bo was an extremely active person and especially enjoyed his daily trips to the casino. He was known as everybody’s favorite customer and was always impressed with the respect, courtesy, and friendship of the staff at 7 Clans Casino Red Lake. Bo was also an avid sports fan and rarely missed his beloved Chicago Cubs telecasts.

He was preceded in death by his parents, and his sister Marilyn “Girlie” King