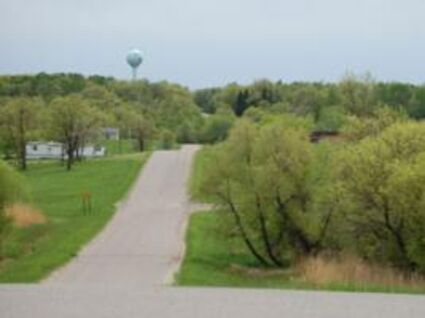 The White Earth reservation spans a roughly 36 square mile area in northwest Minnesota. Under a plan from the U.S. Department of the Interior, White Earth and other Indian bands will likely regain control of more of their original reservation land. (MPR File Photo/Tom Weber)

MOORHEAD, Minn. — The U.S. Department of the Interior plans to spend $1.9 billion to clean up decades of mismanagement of Indian land, an effort that likely will allow Minnesota Indian bands to regain control of more of their original reservation land, parcels that now have thousands of owners.

The effort to clear land titles is part of a $3.4 billion settlement of a class-action lawsuit that started in 1996. It aims to solve a problem the government calls "fractionated heirship."

In 1887, Congress passed the Dawes Act, allowing reservation land to be given to individual Indians. Most were given a parcel of 80 or 160 acres. The federal government held the land in trust. As the years passed, each heir of the original land holder was added to the title.

"The smallest undivided interest I've ever seen was one over 32 million," said Cris Stainbrook, president of the Indian Land Tenure Foundation. "His total share was one divided by 32 million, which is probably less than a postage stamp taking that out of 160 acres."

Based in Minnesota, Stainbrook works on tribal land issues across the nation. He said it's not uncommon for a 160-acre parcel to have 1,000 owners. He said the average is about 15 owners per parcel.

Department of Interior officials say the Minnesota Chippewa Tribe has 979 parcels totaling 60,212 acres held in trust for individuals. There are 71,139 individual interest in those parcels. It's unclear how many individuals have an interest in the land, because one person might own a piece of more than one parcel of land.

Officials with the Minnesota Chippewa Tribe did not respond to a request for comment.

According to the Indian Land Tenure Foundation, Fond du Lac has the most individually held trust land at 16,823 acres. Bois Forte and Leech Lake each have about 11,000 acres. Grand Portage has about 6,900 acres, White Earth about 2,000 and Leech Lake 140 acres. That's about 72 owners per parcel.

The federal government plans to pay all owners who are willing to sell their share of the land, then turn the land over to tribes. In Minnesota, the buyback will cost an estimated $20 million.

Experts say it's likely many of those land owners don't live on the reservation, and are not even tribal members.

Stainbrook said many tribes can't develop land because titles are so cluttered.

"If all of those undivided interests were consolidated with the tribes, it could have a fairly significant impact," he said. "It's the absolute base of sovereignty. You know as a sovereign nation which each of these tribes is, if you don't have an area to be a sovereign over are you really a sovereign nation?"

Some Minnesota Tribal leaders say they can't get records from the Bureau of Indian Affairs to clarify information about land parcels or land owners.

Keith Harper, one of the attorneys who sued the federal government on behalf of American Indian land holders, said it's not clear how accurate the land records are. What's most important, he said, is clearing the titles and returning the land to tribes.

"There's a rough justice aspect to this," Harper said. "But we do think that by and large it's going to be a fair way of making the distribution. And certainly the fairest way in light of the problems with the data in the department's systems."

But there isn't enough money in the settlement to clear all of the land titles, and Harper said the land buyback doesn't solve a bigger problem in Indian Country. He said the Bureau of Indian Affairs still micromanages Indian land and often frustrates tribal efforts to develop land.

"If any transaction has anything to do with Indian land, they then have to put that package together and send it to the BIA for somebody at the BIA who might have only a high school education to review whether or not that's a good deal for the tribe," Harper said. "That doesn't make any sense. We're in a very different world today."

Bureau of Indian Affairs officials did not respond to repeated requests for an interview.

The BIA has 10 years to complete the land buyback, said Harper, who added that it shouldn't take more than five years.

Stainbrook, of the Indian Land Tenure Foundation, said if tribes are allowed to help run the program, it will happen quickly.

"If the Bureau of Indian Affairs attempts to run the entirety of the program and not have the tribes involved, it will easily take 10 years," he said. "They'll find a way to make it take 10 years."

According to the Department of Interior proposal, tribes can request cooperative agreements to assist the federal government in outreach and land appraisals.