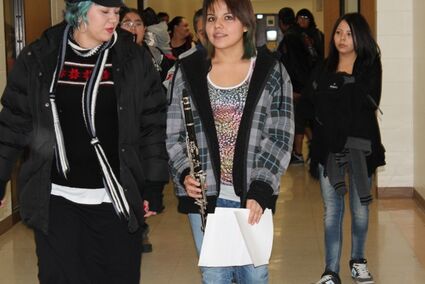 Directed by Julie Aas, the first concert was performed by the Red Lake Middle School students, followed by the High School.

Now in its third year at Red Lake Schools after not having a band program since 1994, they have came a long way, and there was much improvement, as well as more interest over those years.

In front of a packed house, the students performed such songs as Oh Susanna, Star Search-French Melody, Jingle Bells, Magma, Lean on me and the Lion Sleeps Tonight, just to name a few. 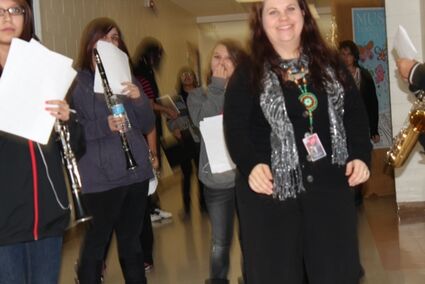 Food and refreshments were served in the Middle School Cafeteria following the concert. The buzz of the day was much they had improved over the years.