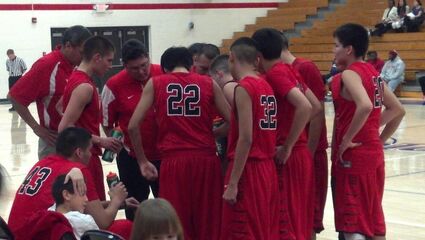 THIEF RIVER FALLS - In a game that was very close all the way to the end, the Red Lake Warriors fought hard on both offense and defense in the last 2 minutes of the game, giving them the 73-67 win over Goodridge-Grygla at the 2012 North Country Technical College (NCTC) Holiday Tournament in Thief River Falls on Thursday, December 6th.

The Warriors led by just 4 at the halfway mark, 34-30, and at one point near the 4 minute mark in the second half the Goodridge-Grygla Chargers overtook the Warriors and led by as much as 3 points. But Red Lake retook the lead and never lost it after that. 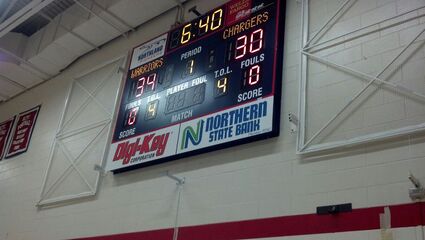 Ryan Holthusen led all scorers with 24 points and 8 assists, followed by James Jourdain with 16, Aaron Beaulieu with 15 and Russell Barrett 11.

It was the Warrior's second game of the season and are now 2-0.

In Red Lake Lady Warriors action, it was Red Lake over Walker-Hackensack-Akley 69-46 to put them at 3-0 on the season.