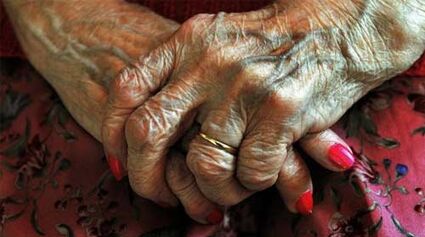 SAN DIEGO--Nearly half of the 42 million Americans who look after family members are taking on jobs, such as complex medication regimes and wound care, that were formerly performed by doctors and nurses. And they need more training and support to do the jobs right.

That’s according to new research presented at Gerontological Society of America (GSA) conference in November. Among other factors, the information reflects the growth in raw numbers of older people and a decline in the number of families with children living close to home. Changes in medical practice mean spouses and adult children are performing tasks that once were done in hospitals and nursing homes, researchers said.

“About 35 percent are doing wound care; that’s not changing a bandage, it’s colostomy care, tracheotomy care,” said Susan Reinhard, director of the AARP Public Policy Institute and one of the lead researchers. “We’re saying, ‘Go home and do it for your mom, without training.’”

Peggye Dilworth-Anderson, a leader of the aging and diversity program at the University of North Carolina’s Institute on Aging in Chapel Hill, also presented research on the depth of problems facing caregivers, especially those in minority groups.

“Where 30 or 40 years ago there might have been four to six children, today there might be two, and they might be two children who have left,” said Dilworth-Anderson, a former GSA president.

The estimated 21 million people, mostly women involved as informal caregivers for older people, will increase rapidly with the aging of the baby boomers.

Nine out of 10 caregivers studied said they looked after loved ones at home to keep them from having to enter long-term care facilities.

Conducted by two nonprofits, the AARP Public Policy Institute and the United Hospital Fund, the "Home Alone" study gathered information online from more than 1,600 respondents. Researchers supplied Internet access for those who lacked it.

In an interview, Wiener said it’s likely that better information about home caregiving could avert some unneeded trips to the hospital.

“There is evidence that people who are discharged from hospitals don’t know what they are supposed to do and don’t understand it,” Wiener said. “There is a huge unmet need for training among informal caregivers.”

Dilworth-Anderson said she has seen the sort of information gaps detailed in the national study among family caregivers in Eastern North Carolina. For instance, family members may be asked to operate and maintain machinery such as ventilators.

“Even if they are trained, they aren’t trained enough,” Dilworth-Anderson said.

Changes designed to improve care and relieve stress on caregivers won’t be easy, researchers said. For instance, differences among ethnic groups can make it hard for researchers from outside their culture to get clear answers about stress, such as among African Americans who care for older relatives.

“If I were to ask my grandmother, ‘Are you burdened?’ she would get angry at me,” Carthron said.

However, stress takes a physical and psychological toll even on those who view caregiving as a custom or privilege, researchers said.

Reinhard said the caregiver research was the first effort to look in detail at the level of services that family caregivers are being asked to perform.

“What are people doing? What do they find difficult to do?” Reinhard said. “What kind of training do they get?”

The informal support people supply for frail elderly relatives or friends can involve giving as many as 10 different medications a day, in different forms and at specific times. The caregivers suffer stress and depression when they’re not up to speed on the various tasks they are asked to carry out.

“They say, ‘I’m worried, I don’t really know about these medications, the person is resisting it,’” Reinhard said.

People worry particularly about doing unfamiliar jobs where there is the potential for dire consequences. Reinhard quoted respondents who were asked about wound care: “They say, ‘I am really worried about this. If I do it wrong, what’s going to happen?’”

Thomas Goldsmith wrote/produced this article for Durham, N.C.’s News & Observer through the MetLife Foundation Journalists in Aging Fellows program, a collaboration of New America Media and the Gerontological Society of America.