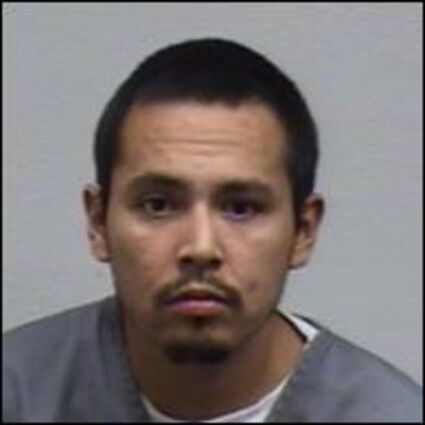 NOTIFICATION OF RELEASE IN MINNESOTA

In addition to level two notification (schools and daycares as well as establishments and organizations that primarily serve individuals likely to be victimized by the offender), law enforcement may notify other members of the community whom the offender is likely to encounter.

The Beltrami County Sheriff’s Office is releasing this information pursuant to Minnesota Statutes 244.052. This statute authorizes law enforcement agencies to inform the public of a sexual or predatory offender’s release from prison or a secure treatment facility when the Beltrami County Sheriff’s Office believes that the release of information will enhance public safety and protection.

The individual who appears on this notification has been convicted of Criminal Sexual Conduct or another offense that requires registration with law enforcement pursuant to Minnesota Statutes 243.166 or 243.167.

This offender is not wanted by the police at this time and has served the sentence imposed on him/her by the court. This notification is not intended to increase fear in the community. Law enforcement believes that an informed public is a safer public.

The Beltrami County Sheriff’s Office, the supervising release agent, and the Minnesota Department of Corrections may NOT direct where the offender does or does not reside, nor can these agencies direct where he/she works or goes to school. The risk level of this offender has been determined based largely on his/her potential to re-offend based on his/her previous criminal behavior.

Convicted sexual and predatory offenders have always been released to live in our communities. It was not until the passage of the Registration Act that law enforcement had an ability track the movement of these offenders after their initial release. With the passage of the Community Notification Act law enforcement may now share information about many of these offenders with the public. Abuse of this information to threaten, harass or intimidate a registered offender is unacceptable and such acts could be charged as a crime. Such abuses could potentially end the ability of law enforcement to provide these notifications. If community notification ends the only person who wins is the offender. Many of these offenders derive their power from the opportunity that secrecy provides.

For questions about sex offenders and community notification, go to http://www.doc.state.mn.us and click on “Level Three Predatory Offender Locator”

The Beltrami County Sheriff’s Office is releasing information pursuant to Minnesota Statute 244.052 to the community regarding a Level 3 Predatory Offender. This offender is not wanted by the police and has served the sentence imposed on him by the court.

Gerald Lee Jones, age 29, is being released into rural Ten Lakes Township area (Beltrami County) on December 18, 2012. He has a history of engaging in sexual contact with an adult female victim against her will. Contact included penetration. Offender used force, threats, and physical assault to gain compliance. Offender was known to victim.

A Community Notification Meeting has been scheduled for Monday, December 17, 2012, at 5 PM, at the Ten Lakes Town Hall, 2142 Mission Rd SE, located east of Bemidji approximately 12 miles on the Power Dam Rd SE and then south on Mission Rd SE – the Town Hall is on the corner of Power Dam Rd NE and Mission Rd SE, on the east side of Mission Rd SE. Representatives from the Department of Corrections and the Beltrami County Sheriff’s Office will be available to provide you with useful information on public safety.