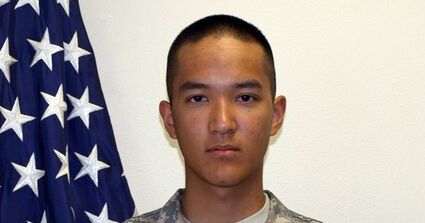 WASHINGTON—OCA, a national organization dedicated to advancing the political, social, and economic well-being of Asian Pacific Americans (APAs), and the Asian American Justice Center (AAJC), a member of the Asian American Center for Advancing Justice, are extremely disappointed with the recent verdict and sentencing in the court-martial of U.S. Army Staff Sgt. Andrew Van Bockel, who faced charges related to his mistreatment of Pvt. Danny Chen. Chen, a 19-year-old Chinese American from Manhattan, died in Afghanistan in October 2011 of non-combat injuries following weeks of bullying and abuse by superiors in his unit.

Last week a military jury found Van Bockel guilty of hazing, three charges of dereliction of duty and two charges of maltreatment. Despite the potential maximum punishment of four years and nine months in prison and a dishonorable discharge, Van Bockel was only sentenced to a reprimand, a demotion in two ranks to Specialist and 60 days of hard labor—45 already credited—with no jail time, and he can continue serving in the Army.

“Our community is truly shocked and saddened by the lack of accountability that has emerged from this trial,” said Tom Hayashi, executive director of OCA. “The gross negligence of Staff Sgt. Van Bockel was simply unacceptable and the sentencing is a disgrace to our military’s values. This trial is a strong indication that we must push for stronger reforms in our advocacy efforts.

Van Bockel, considered the ‘ring leader’ of the inappropriate behavior, failed to prevent harassment and abuse from Chen’s other superiors. These actions included racial slurs, rock throwing, kicking, and dragging him along rocks. Van Bockel taunted Chen with racial slurs such as, “Dragon Lady” and “Fortune Cookie” and ordered him to shout orders in Chinese to his own English-speaking platoon for no other reason than humiliation.

“The tragic mistreatment of Pvt. Chen merits much more severe consequences than the ones that have thus far been handed down to Staff Sgt. Van Bockel and others in their unit,” said Mee Moua, president and executive director of AAJC. “These sentences fail to deter the kind of treatment that cost Danny his life and send a weak message about the level of accountability and leadership to which soldiers at their levels will be held.”

Prior to Van Bockel’s court-martial, six other soldiers have been convicted on hazing, maltreatment or dereliction of duty charges in connection with Chen’s death.

“These consistently light punishments are eerily similar to the outcome of the Vincent Chin case more than 30 years ago, in which Chin’s killers served no jail time and merely received a fine, galvanizing the Asian American civil rights movement,” continued Moua.

“We will continue to fight for what is right,” said Hayashi. “There will be justice for Pvt. Danny Chen.”