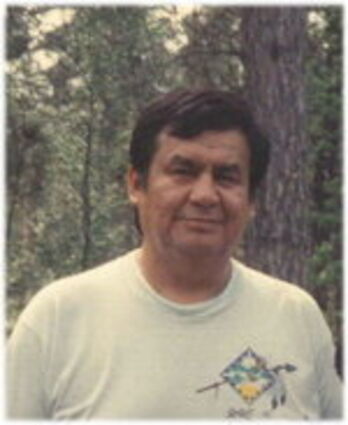 Donald Lee Bellanger, 64, of Cass Lake, MN, started his journey ahead of his loved ones peacefully on Saturday, December 1, 2012 in Minneapolis. He was born on December 29, 1947 in Cass Lake, MN the son of Edward and Irene (Wilson) Bellanger.

Donald thrived on working with the youth for over forty years and enjoyed coaching basket ball and taking care of them every opportunity he could. He would always try to teach the kids values and respect. He would take his kids all over the United States to get them different experiences. In his younger years he was an exceptional basketball player himself. Donald was very motivated and lived his life to the fullest. He enjoyed being with his family especially his grandchildren.

A wake service for Donald will begin at 3:00 p.m., Tuesday, December 4, 2012 and continue until the 11:00 a.m. service on Thursday, December 6 all at the Veteran’s Memorial Building in Cass Lake. Rev. Mark R. Olson will officiate.

Interment will be held at the Pine Grove Cemetery in Cass Lake following the service at the Vet’s building.